Android 6.0 Marshmallow comes with new goodies and improvements. If you want to install Android 6.0 on your Nexus 5, Nexus 6, Nexus 9, Nexus 7 2013 then follow the below mention guide. Before following this guide do take the full backup of your phone and read all the steps very carefully. 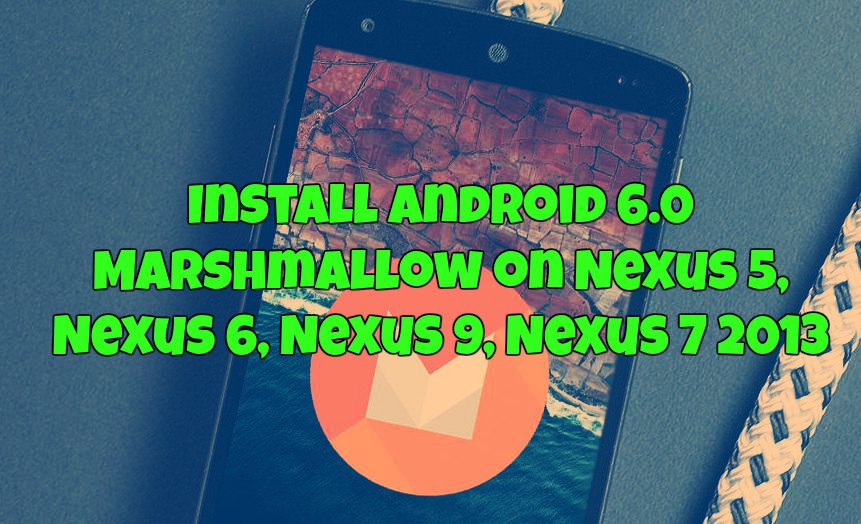 Step 1. Download and install the proper USB drivers on your windows PC here.

Step 2. Now unlock the bootloader of your phone. If you already done that then go to the Step 3.

Step 3. Download the Android 6.0 Marshmallow for your Nexus device from the below mention links:-

Step 4. Now extract the downloaded file on your desktop.

Step 5. Boot your Nexus device into fastboot mode. To do this, Power off the device. Press and hold both Volume Down and Power button together until you see anything on the screen. Fastboot should be written at the top.

Step 6. Connect your Nexus to the PC with USB cable and Open the Android M folder that you extracted in Step 3.

Step 7. Double click the flash-all.bat file on Windows. (If you’re in Linux or Mac, use this command in terminal: sh ./flash-all.sh)

Step 8. Now the Flashing process will start on your phone and this will take some time to finish.

Once completed, our Nexus will boot now and it might take about 5 minutes to boot on your first time. That’s it, now your Nexus 5, Nexus 6, Nexus 9, Nexus 7 2013 is running on the Android 6.0 Marshmallow.