Google today released the Android N Developer Preview 3 for Nexus Devices – Nexus 5X, Nexus 6, Nexus 6P, Nexus 9, Nexus Player, and Pixel C. The new releases comes with lots of new features including seamless updates that let Android devices built on N install system updates in the background, similar to Chromebooks. IF you are the Nexus user and want to try this latest Android N Developer Preview 3, here you can get all the details how to do that. All you need a Nexus device with unlock bootloader and the System images to flash on the phone. 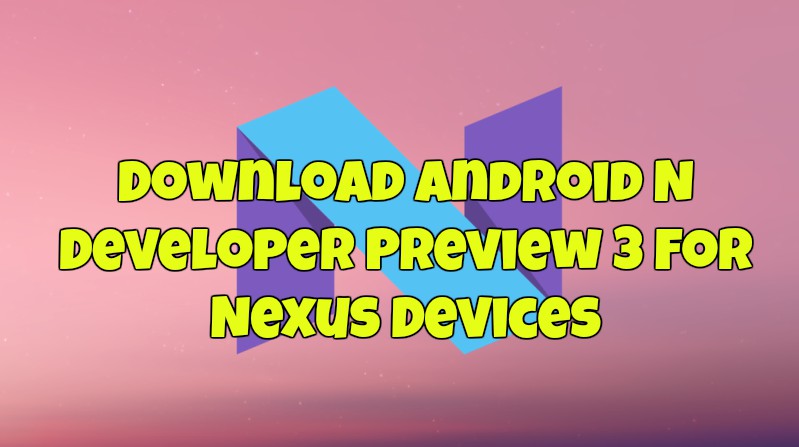 Next Step is to flash the System on your phone. The process is a little bit lengthy but not so difficult. Here is the complete guide to Flash the Android images on Nexus Phone and tablets. Read all the instruction very carefully and follow all of them step by step on your Nexus.