There are plenty of free and paid android apps are available on the Google plays store which allows you track your phone and catch the intruder. Few moths back Google has launched the same servcie called Android device manger for all the android users. Which allow you to tack your lost phone on the Google maps, and keep your device safe and secure. But with that servcie you can’t capture the image of the intruder or thief. Today in this guide we’ll show you the new application called CrookCatcher. The app is free to download and work on almost any android device. The app comes with lots of useful feature such as Take Photo of intruder with front camera, Receive the Photo and Location by email, Browse photos with location on the device and lots more.

The app is new in the play store and one of the best UI. Not only it helps you you o catch the thief of your device, but also helps you to capture the photos of the person who uses your device in your absence. Lets take a look how the app works on the android smartphone and tablets. 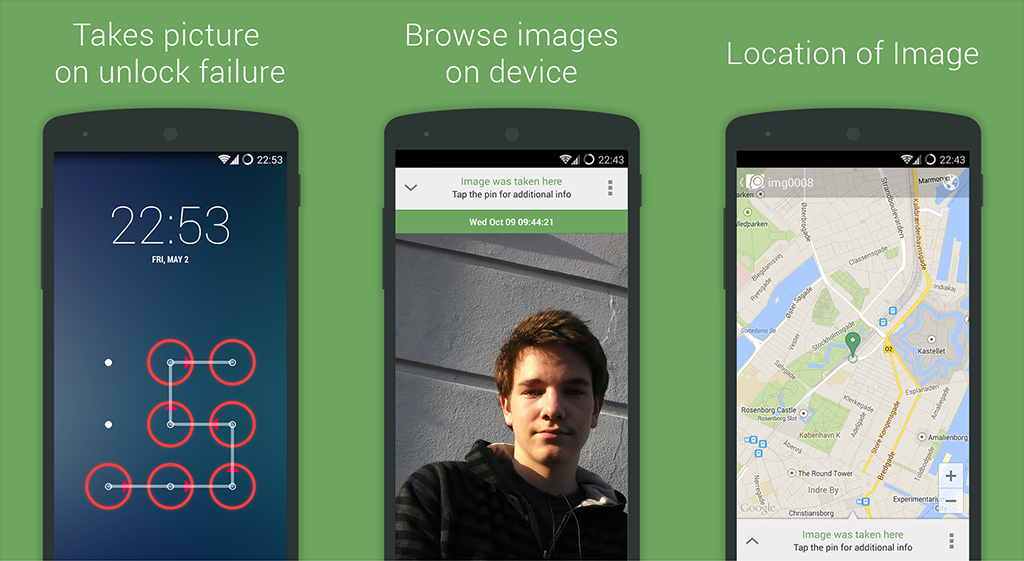 Capture Photo of the Intruder and Find lost Android

To get started visit the plays store on your phone and install the CrookCatcher app, you can find the direct link of the app at the end of this guide. Once the app is installed, run it form the app drawer and setup the app as per your need. The setting process is so simple and takes a minute to complete. CrookCatcher makes it mandatory that Lockscreen Pattern security is set and activated in order to use the app. 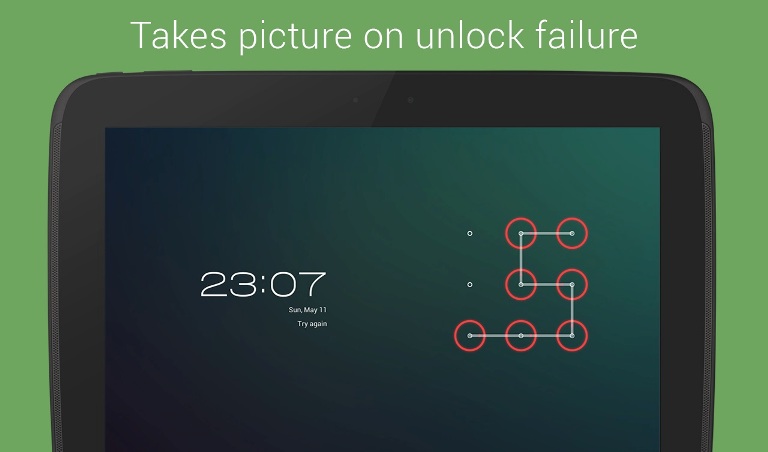 Once you’re through the setup, the app starts its work in the background. So now if someone try to unlock your phone in your absence, then the application will capture his picture form the front camera and send you the image on your mailbox, with the location where the photo was taken. 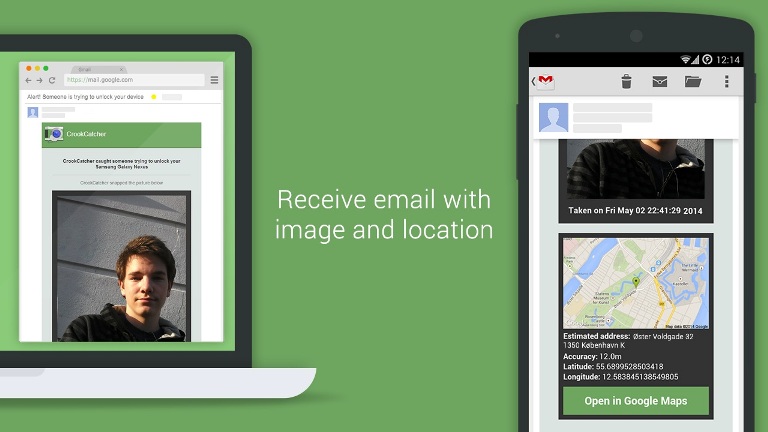 There are so many apps are available in market to fine lost phone like AndroidLost and NQ mobile easy finder. But most of them take so much time to setup and difficult to use. CrookCatcher android app is very easy to use and have less complex settings than those.