If you recently updated you Pixel or Nexus phone with the latest Android 8.0 Oreo update and now want to Downgrade Android Oreo to Nougat. Then here is 100% working guide which you can use on your Pixel and Nexus Android phone and revert back to Android Nougat form Android Oreo. Recently Google released the Android Oreo System images for the nexus and Pixel devices and many users updates their phone with this new Android O update, and you are one of them and don’t like the update for any reason, then you can easily go back to the lower version of Android Nougat. 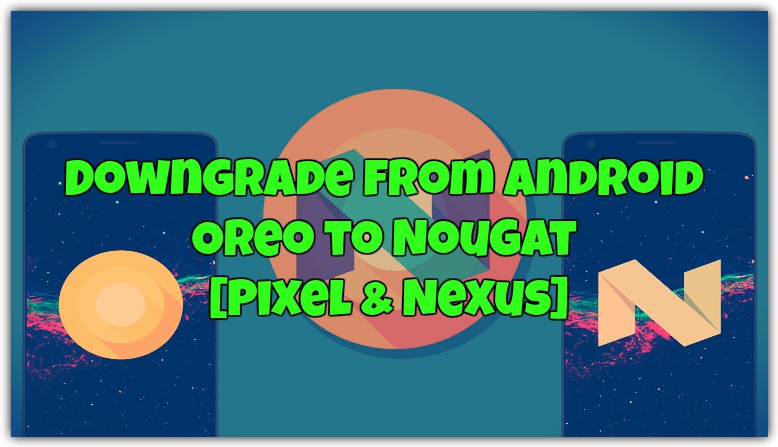 This method will work on both rooted and non-rooted phones. All you have to download the latest Android Nougat Factory images on your desktop and flash the same with the help of the ADB commands. Below is the full and complete guide which you can use on your phone and easily revert back to the Android Nougat Android Oreo.

How to Downgrade Android Oreo to Nougat

We tested this Method One our Google Pixel XL and Nexus phone and it works without any problem. And with in a few minutes, we installed the Android Nougat on our phone.

Read all the steps very carefully and follow all of them one by one on your phone.

Visit this Offical Page of Google Android and Download the Android Nougat System image for your phone.

And save the zip file on your windows Desktop.

1. Enable USB debugging and OEM Unlock for the phone settings. Go to System > About Phone and Tap on the Build Number 7 to 8 time. Now the Developer Option will enable on your phone.

Go back to the System > Developer option > and Enable USB debugging and OEM Unlock.

3. Now copy all the Files and Paste in the ADB folder. The same folder that you created at the time of installation of ADB drivers (C:/ADB).

4. Now in the ADB folder, press and hold ‘shift’ key and right-clicked anywhere in the folder and select ‘Open command window here’.

5. Now boot your phone is fastboot mode. To do this first switch off your phone and Hold the Volume Down + Power button.

6. Once your phone is fastboot mode. Connect your phone to the PC with USB cable.

7. Check your connection by entering below command in command prompt window.

If the above mention command will not works then use this command.

9. Now go the ADB folder in which you saved the Android Nougat files. From here run the “flash-all” file.

10. Now the flashing process will start on your phone and this will take some time.

11. Once the installation is completed, You phone will reboot.

So now you successfully Downgrade from Android Oreo to Nougat Pixel/Nexus device. If you have any questions, comment below.