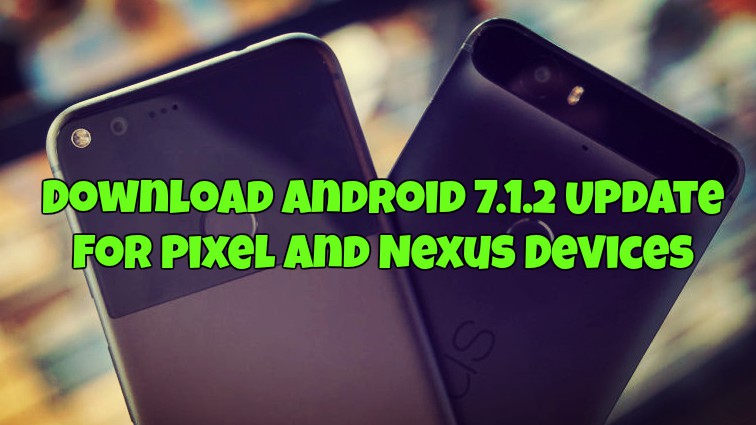 Google released a short statement about the update.

Hey All, Today, and over the next few weeks, we will begin the roll out of Android 7.1.2 to Pixel and Pixel XL devices. This update contains a number of bug fixes, added features, and general performance/stability improvements. A few changes and updates that we want to highlight are listed.

Some of the other fixes are with the early shutdown issue, a fix for the small number of users experiencing pink banding on the camera, and a fix to the audio popping issue some users were experiencing at high volumes.

Below are the link of OTA update and Full System image file for the Pixel and Nexus devices. Just make sure you download the correct build and for the right device.

How to install Android 7.1.2 on your Nexus or Pixel right now

If you are running the Android 7.1.1 on your phone, then you need download the OTA zip file and flash the same with the help of ADB fastboot commands. Here is the full guide to Install Pixel / Nexus OTA Update Manually With ADB Sideload.

If you are on older Version of Android (Like Before Android 7.1.1) or have the rooted phone, then you have to flash the full system image of Android 7.1.2. Follow this guide to Flash Factory Images on Google Pixel and Pixel XL

1 thought on “Download Android 7.1.2 Update for Pixel and Nexus Devices”