As per the Android Developers Blog, It includes the final system behaviors, the latest bug fixes and optimizations, and the final APIs. If you are the user of Pixel, Pixel XL, Pixel C, Nexus 5X, Nexus 6P, Nexus Player then you can test this new preview on your device. All you have to download the system image for your device and install the same with the help of ADB commands. 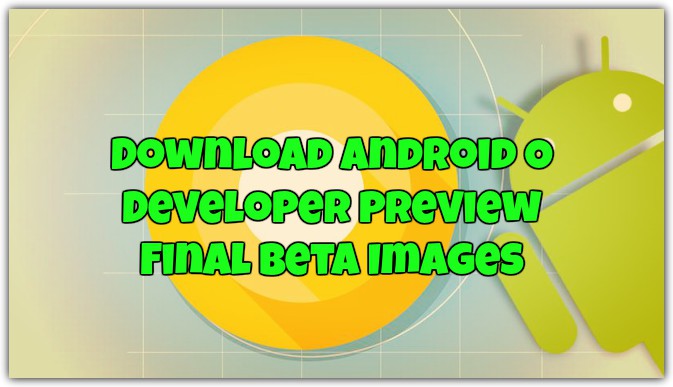 And there is no news about the android o release date or not even any confirmation about the name of the next OS, is it android oreo or something else. In the latest preview, they added some more cool features like notification channels and dots, shortcut pinning, picture-in-picture, autofill, and others. As per the Android blog, these are some of the added features in the Android O Developer Preview.

Enhancing your apps with Android O features can help you drive engagement with users, offer new interactions, give them more control and security, and improve performance. Features like adaptive icons, downloadable fonts, and autosizing TextView can simplify your development and minimize your APK size. Battery is also a top concern for users, so they’ll appreciate your app being optimized for background execution limits and other important changes in vital system behavior for O apps.

To install Android O Developer preview is not a difficult task. All you need an ADB and fastboot drivers on your windows.

If you have the Pixel, Pixel XL, Pixel C, Nexus 5X, Nexus 6P, Nexus Player. Download the latest Preview from the above mention link and save it to your desktop.

After that, you have to run the ADB commands on your Windows PC to install the Android O on your device. All it takes a few minutes to complete the installation.

If you are interested then you can check this guide How to Install Android O Preview Easily here.

Or you can check out the video below how it works and how to install.

I’m downloading it now. What about you guys, are you going to Download Android O Developer Preview Final Beta Images. And what are your thoughts about the new Final preview, Leave the comments below.