Few Minutes back Google released the new Android L Developer Preview LPV81C for the Nexus 5 and Nexus 7 devices. The previous build was released few months back and the build number is LPV79. Again this time the images are only for the Nexus 5 and Nexus 7 users, other users can;’t install these images on their device, they have to wait for the stable release. Google doesn’t say exactly what’s included with this new updated Android L Developer Preview LPV81C, but the build number are so closed to each other, so we can judge that they have some little bit changes. Google hasn’t released an official change log for the new build but does mention that it adds support for Google Fit which is an open platform that lets users control their fitness data. So that means the new build has some new Fit-related stuff in here. 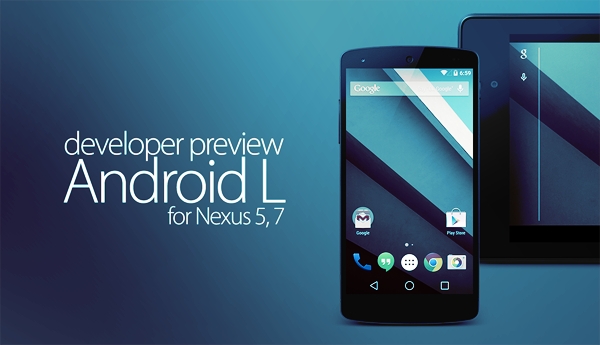 If you are the Nexus 5 or Nexus 7 user then you can try this new build on your device, all you have to download the the image on your desktop and flash it on your device with the help of ADB commands. You can download the new Developer preview from the below mention links.

Once the image file is is downloaded, run the ADB command on your desktop and install the new developer preview on your Nexus 5 and Nexus 7. But before that do take the full backup of your device.

Don’t know how to install the Android L Developer Preview on Nexus 5, 7, check out our complete guide here and install the same on your device. For any question or help leave the comments below!