Hi Mi Fans, Recently Xiaomi Launched the Redmi K20 and K20 Pro in the market as the flagship killer to give some competition to other flagship devices. Many of the MI Fans already got the phones and some of them are looking for Best Google Camera Ports for Redmi K20 Pro and Redmi K20. Yes, camer2api is per-enabled in these phones so you can easily install the Google camera on Redmi K20 Pro. But the question is which one will work and which Google Camera is best for the Redmi K20 and K20 Pro.

If you are in the same situation and can’t decide which Gcam you have to use and which one perfectly works on the Redmi K20 and K20 Pro. So here is the guide which helps you to find the best Gcam for your Redmi K20 and K20 Pro. The phone has similarities to Xiaomi Mi 9 which is the company’s real flagship. The similarities are also applicable to device’s camera setup. 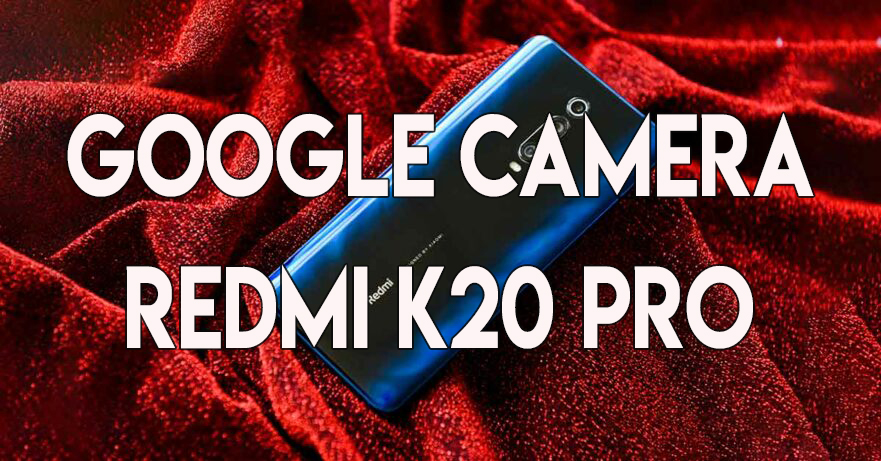 So with this type of configuration, you can easily shoot RAW, capture super slow motion videos at 960fps and so on. But the question is how the Google camera performs in these phones. Google Camera app (known as Gcam) is a camera app for the Google pixel phones. Which allows you to capture some of the best shots. Google Camera ports are available For Redmi Note 7 Pro, POCOPHONE F1, Redmi Note 5 Pro, and many more devices.

All credit goes to the third-party developers for creating the Gcam post for other phones. BSG, Arnova, Cstark, and Xtreme are just a few of them which are working on these ports and created some of the Google camera ports for the Android phones.

As we mentioned earlier that Redmi K20 Pro has similar specifications to what Xiaomi Mi 9 has. So we believe that Gcam versions which are working on Mi 9 will also work on Redmi K20 Pro. So here we are sharing some the best Gcam apk files which users are using on their phone and impressed with the quality of the camera.

Below we are sharing some of the Best Google Camera Ports for Redmi K20 Pro from different creatures. Try any of them which one you want to use on your device. No need to Root or unlock the bootloader to install the Google Camera on Redmi K20 and K20 Pro. Redmi K20 Pro has Camera2 API enabled. Simply download one of the Google camera APKs below, then install it as usual.

Xtreme is a well-known developer and he develops ported Gcam based on BSG and Arnova8G2 works. So below are some of his latest works, which you can use on your Redmi K20 Pro.

URNYX05 build is based on Arnova8G2 Google camera posts. Most of his build are famous for Oneplus Devices. But luckily all his ports are working fine on other devices too. So you can use it on your K2 Pro also.

If you have any question and facing some problem during this process then, leave the comments below.