Few Days back we showed you a trick to install Google now Launcher on any smartphone. Now no need to apply any trick or mod, Google Now Launcher is now available for all the android device whether its Motorola, Samsung, LG, Sony or any other Android smartphone running on Android 4.1 (Jelly Bean) or later. Last year when Google released the new Nexus 5 with the Kitkat ROM, at that time they introduced the new Launcher. At that time it was exclusive to the Nexus 5 for several months and was only made available to other Nexus and Google. No any Android user can enjoy the same launcher on their device without installing any third party app.

Today Google announced that the Google Now Launcher can be installed on any phone running Android 4.1 or newer, regardless of manufacturer. The company announced the new updated app on their Android twitter account. “Upgrade your home screen with the #GoogleNowLauncher – launching today for all #Android 4.1+ devices http://g.co/nowlauncher” 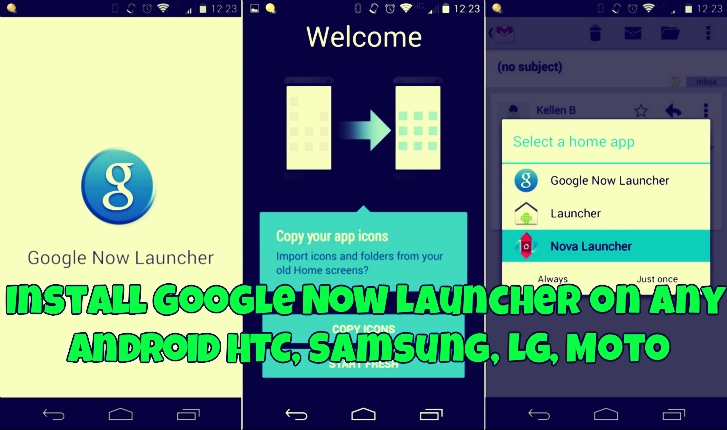 The new updated launcher will work on most of the devices like HTC One M8, One E8, One Mini 2, Desire 816, Huawei Ascend P7, LG G3, Galaxy S5, Moto X, Mi3 or any other android smartphone. We tested the application on our S3, S4, and Xiaomi Mi3 phone and the launched works without any problem.

The launcher has some great feature such as Ok Google voice search commands, Faster search, Easy access to your favorite Google products and services, Larger viewing area, intuitive wallpaper picker etc. To install the Google Launcher on your phone visit the Google play store store and search for the “Google Now Launcher” app and install the same, Or you can find the direct link at the end of this guide. Once the app is installed on your device, run the application on your home scree and set it as the default launcher.