LG G4 is the latest flagship model from LG mobile and comes with some awesome specs. Here in this guide we’ll show you how to install the TWRP custom recovery on the LG G4 android smartphone. Official TWRP recovery is already released for the mobile and most of the user want to install the same on the phone. Once the recovery is installed you can do lots of task on your phone like take the dull backup of your system, flash zip files, install custom ROM, and other tweaks too. To install the recovery on your brand new LG G4, you have to unlock the bootloader first. LG official released a tool which helps you to the unlock the bootloader of the phone. After that, all you have to run some ADB commands on your windows PC to install the custom recovery. 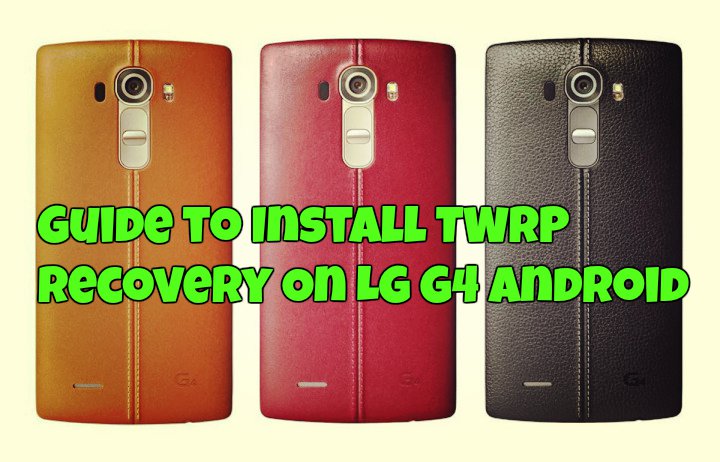 Step 2. To run the ADB commands on your PC you need to install the ADB and fastboot drivers on your windows. Install and Setup ADB drivers from here and you will see the ADB folder on your C:/ Drive.

Step 4. Now download the official TWRP recovery for LG G4 here (twrp-2.8.6.0-h815.img) and move the recovery file in the ADB folder that you created on the step 2.

Step 5. Now connect your phone to the PC with USB cable.

Step 6. Now open the ADB folder in C Drive. The same folder that you created in Step 2. and here open the command prompt window by holding the Shift Key and doing a Right Click. Then select ‘Open command window here’.

Step 7. In the command prompt window type adb reboot bootloader and hit enter. Your phone will now reboot into the fastboot mode.

Step 8. Now type fastboot flash recovery twrp-2.8.6.0-h815.img and hit enter. This command will flash the recovery on your phone.

Step 9. Once completed, type fastboot reboot to reboot your phone.

That’s it! Now the TWRP recovery is installed on your LG G4.