As you guys now that LG released ints new Android 7.0 Nougat phone LG V20. And the new phone comes with the locked bootloader. But with the simple fastboot command you can easily Unlock Bootloader of LG V20. If you are the LG V20 phone user and want to root your phone then first you have to unlock the bootloader of your phone. Once the bootloader is unlocked you can flash the TWRP recovery and get the root access on your phone.

The rooted phone has so many benefits as you can run rooted applications on your phone, take nandroid backup, instal custom ROM and lots more. Below is a guide to unlock bootloader on your LG V20. But before following that guide make sure to take the full backup of your phone. Unlocking bootloader will wipe all your data from the phone, so take a backup. 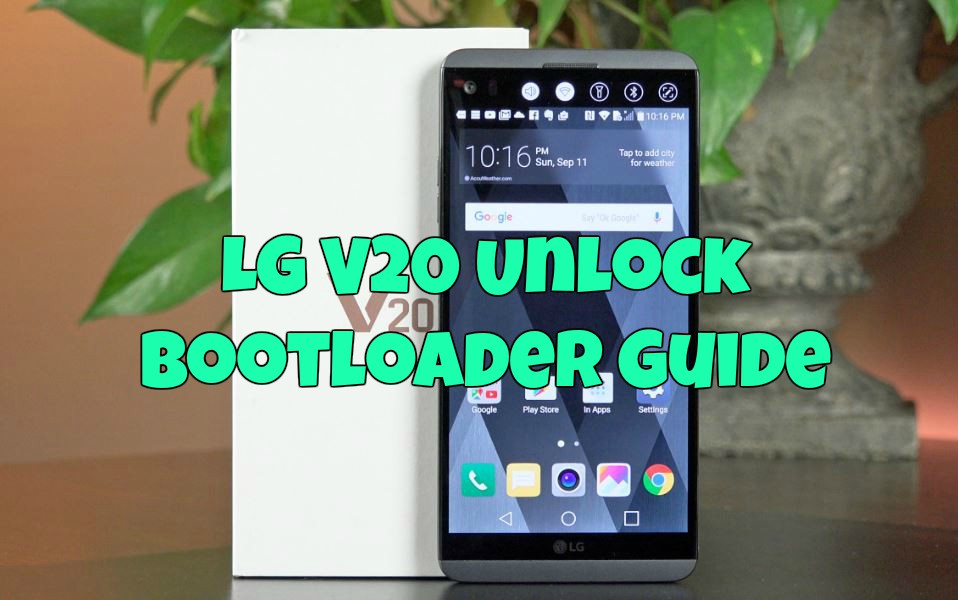 How to Unlock Bootloader on LG V20

1. First setup the ADB drivers from here and you will see the ADB folder on your Windows PC C Drive (C:/ADB).

4. Now open the ADB folder on your Windows PC that you create din the step 1. Now press and hold ‘shift’ key and right-clicked anywhere in the folder and select ‘Open command window here’.

5. Now you will see the command prompt window on your desktop. Boot your LG V20 into bootloader mode using the following command:

6. Now your phone will boot into fastboot mode. Now enter the following command to unlock bootloader:

7. Now your LGV20 bootloader is unlocked. Boot into system issuing the following command:

That’s it. Now the bootloader is unlocked, if your want to root your phone then follow this guide to root LG V20. If you have any doubt related to above process comment below.