This tutorial is only for the Nexus 7 2014 users if you are the Nexus 5 user then read this guide to install Android 7 on your device. This one is the Custom Android 7 ROM and not the official release from the Google. Before following the guide do take the full backup of your Nexus 7. Warning: Tecnobuzz.net is not responsible for any damage that might happen to your phone during this process. 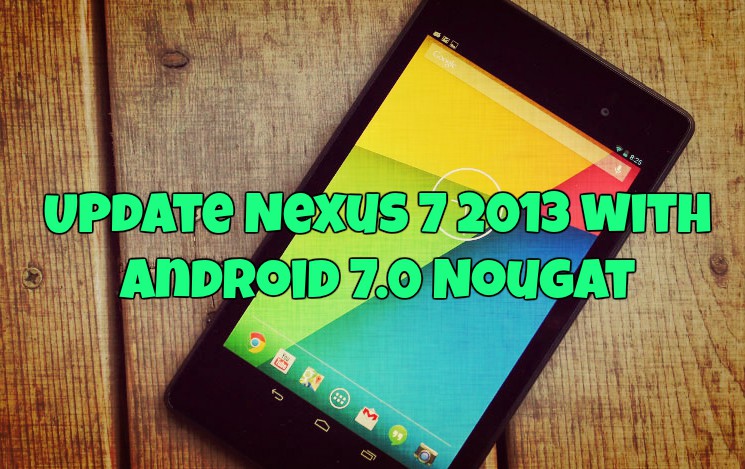 b) Download Link for the Gapps to install all the latest Google apps on your device.

As per the developer the ROM is based on the latest build of Android 7 and most of the features of the ROM are working fine like Audio, Brightness, GPU Acceleration, Bluetooth, Wifi, GPS, NFC, Location services, Camera and video recording, Video playback, MTP, and Sensors.

1. To get started download ROM zip file Gapps file from above mention links on your phone and remember the location of the files.

2. Once both the file are saved on your device. Boot your Nexus 7 in recovery mode. To do this Switch off your device. Now press and hold “Volume Down + Power Button.”

3. Now you will see the recovery screen on your device. Tap on Wipe > Advanced Wipe > Select Wipe cache, Dalvik cache, System, and data and swipe to confirm it.

4. Go back to the home screen of recovery. Select Install and locate the Android 7 ROM zip file and swipe to Install the ROM file. After the process completes, Flash the GApps zip file.

5. Once both the files are flashed, wipe cache & Dalvik cache again and Reboot your device.

Now your device will boot, and the first boot will take some time to makes the changes on your system. That’s it; now your Nexus 7 is running on the Android 7 nougat.