Nexus 6P is the latest android smartphone from Google and Huawei. Now the TWRP recovery and Root method is available for the Nexus 6P smartphone. If you recently bought the Nexus 6P android smartphone and looking for a tutorial to root the Nexus 6P and Install TWRP Recovery. Here in this tutorial we’ll show you how to do that in simple and easy steps. To get the root access on the phone first, you have to install the TWRP reocvvery and after you need top flash modified boot image (custom kernel) that disables forced encryption and super SU zip file to root the phone. The guide is similar to Nexus 5X TWRP recovery and root. The wholes process is pretty simple and takes few minutes to complete the whole process. All you need and NExu 6P with an Unlocked bootloader, Drivers, and Some files to flash on the phone.

This guide is only for the Nexus 6P users and don’t try this method on any of other Nexus phone. Read all the steps carefully and follow all of them step by step on your phone. Do take the full backup of your phone and save it in some safe place. 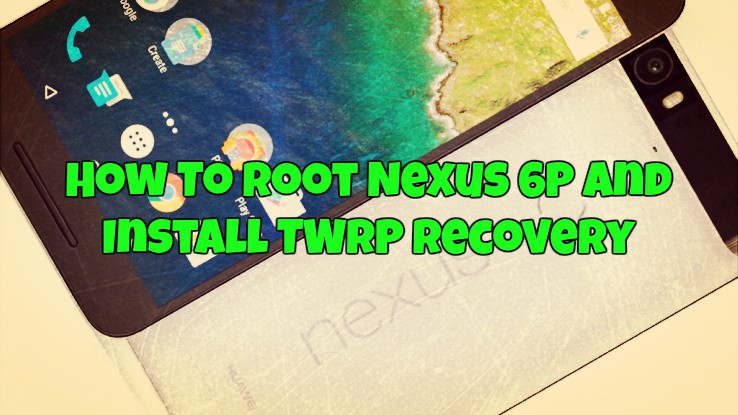 [wpsm_ads1]
Step 1. First you have to install the Nexus 6P USB drivers here.

Step 2. Now install the ADB and Fast boot files here and this will create an ADB folder on your Windows C Drive (C:/ADB)

Step 3.Now you have to unlock the bootloader of the phone, Read here how to do that. If you already done that then go to the next step.

Step 4. To install TWRP and Root phone, download the below mention files:-

Unzip the folder to get boot.img file.

Step 5. Now move the first two file boot image and TWRP recovery in the ADB folder that you created in Step 2. And Rename the TWRP recovery file to twrp.img

And move the Super SU zip file on your Nexus 5X internal memory. 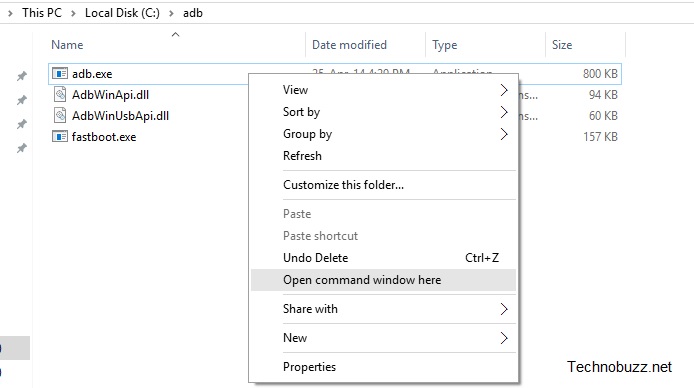 Step 7. Connect your phone to the PC with USB cable and Run the command given below to check your phone is connected or not

You should get a serial number on the window. This means you phone is connected successfully.

Step 8. Flash modified boot image now. Use the following command for that.

Step 9. Now flash the TWRP with this command:-

Step 10. Now TWRP is installed on your phone. To boot in TWRP mode use this command.

Step 11. Now you will see the TWRP screen on your phone.

Step 16. After that is done, reboot into system without rooting& skip through setup again. Now if you check the encryption status of your phone (Settings -> Security – Encrypt phone), it won’t be encrypted anymore as it’ll give you the option of encrypting it, which means it currently isn’t encrypted.

Step 17. To root the phone you have flash the Super Su zip file on your phone. The same file that you saved on your phone in Step 5. Reboot into TWRP

Step 19. Once you’ve installed SuperSU you’ll have the option to wipe cache/Dalvik and an option to reboot the system. Wipe the cache/Dalvik, hit the back button, and hit the reboot system button.

That’s it. Now your Nexus 6P is rooted with TQWRP recovery.