Once you install the extension on your Google Chrome browser, click the Do share extension button from the browser tootlbar menu to start with Do share. Now create new post and then fill in the details of your message. 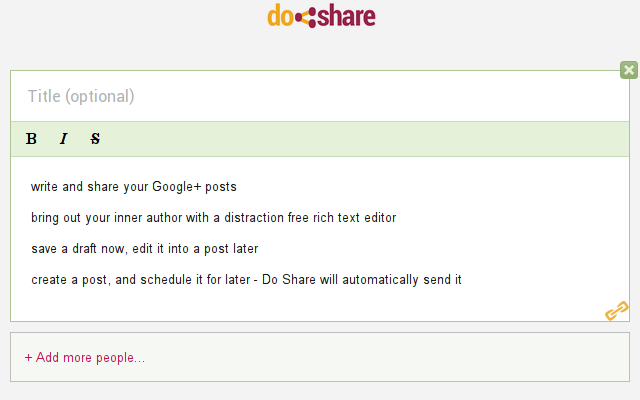 That’s how simple it is! The extension works perfectly on Google Chrome. So if you are Google+ user and want to save your posts as drafts or schedule them for a later time, then Do Share is the must have extension for you.