If you are a Android Phone user and want to Transform Android to Windows 7 phone then you have to try Launcher 7 Android app. Launcher 7 allows you to properly modify your start screen. Just long press on a tile and drag tile where you want! It replaces the typical Android desktop with the tile-based Metro user interface found with Microsoft’s Windows Phone 7 mobile OS. Launcher 7 requires Android 2.1 and later version. 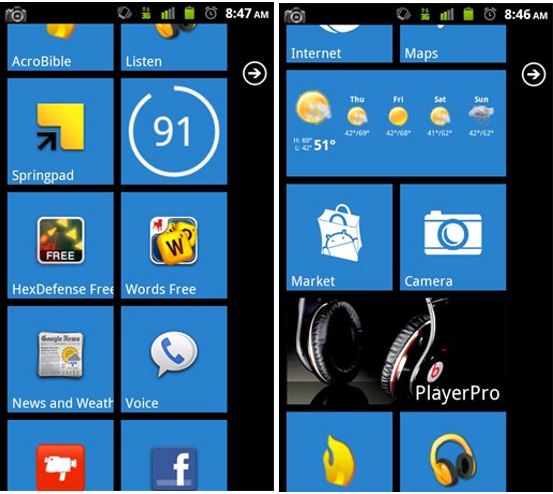 Launcher 7 is free app, with ads only displayed on the second screen of the interface, which displays a list of all your apps. An ad-free version is also available for €0.99.