The process is only for the Verizon Samsung Galaxy Note 4 [SM-N910V] users and don’t use this method on any of other Android phones. Read all the instruction very carefully and do take the full backup of your phone before following this tutorial. 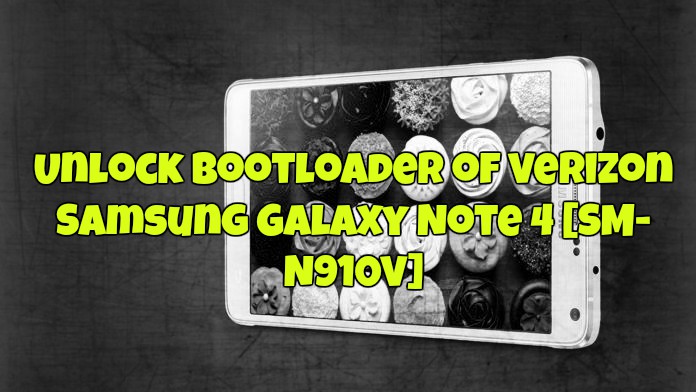 Step 1. Setup the ADB drivers on your PC form here. And this will create an ADB folder on your PC C Drive.

Step 2. Install the latest Samsung USB drivers on your PC from here.

Step 3. Now Download samsung_unlock_n4-fix script here and place all the files in ADB folder that you created in Step 1.

Step 5. Navigate to the ADB files folder and open a command prompt inside the folder by pressing Shift key + Right-click in the empty space inside the folder, and select Open command window here option from the Windows context menu.

Step 6. Now use the below command to transfer the unlock file to the temporary location in the device.

and after that enter the following command to get the root access.

Step 8. Now enter the below commands one by one to set the correct permissions and ownership for the unlock file.

Step 9. To run the script enter the following command.


You’ll see the below-warning banner after running the above script. Read it carefully.

Allow device to reboot. After the full reboot, power down and pull the battery. May need to run it twice if it doesn’t work after the battery pull. Now your phone has the unlocked bootloader.