Android 7.0 Nougat update for Galaxy S7 and S7 Edge packed with some new features and improvement which you can enjoy your phone. From the bellow mention links, you can download the latest firmware on your PC and the ODIN flash tool to update your phone with this new Android 7 update. All you have to download these files to your PC and manually update your update Galaxy S7 and S7 Edge to Android 7.0 Nougat manually.

This update is only for the Galaxy S7 (SM-G930F/FD) and S7 Edge (SM-G935F/FD) only. Don’t use this method on any other Samsung Models. Take a complete backup of your phone and read all the instruction very carefully.

1. First Enable the USB debugging mode and OEM unlock on your Samsung phone.

2. Download both the files (ODIN and Firmware) on your PC and save on your desktop.

3. Unzip the ODIN folder on your desktop and RUN the ODIN file on your PC.

4. Now boot your Samsung phone in download mode. To do this, first switch Off your phone and ‘Home + Volume Down + Power’ buttons together until you see the download mode screen.

5. Once your phone in download mode, connect it to the PC with the USB cable.

6. Now on ODIN screen you will see an ID: COM port turned blue and Added message in Odin message box means your device is successfully connected to the ODIN tool. 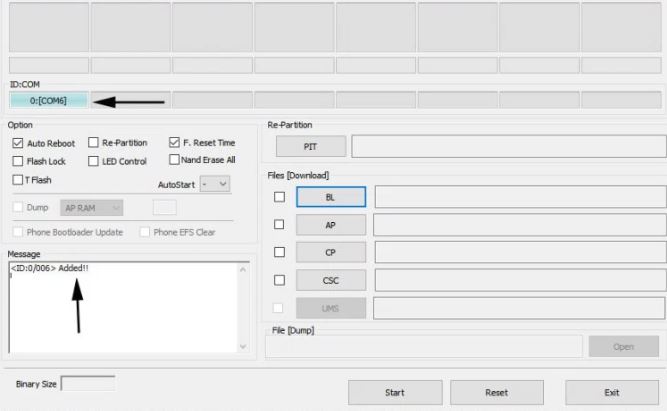 7. Now from the ODIN screen, Click on the AP/PDA tab and select the firmware file .tar or .md5 file that you downloaded above. (Make sure that only these two options are tick “Auto Reboot” and “F.Reset Time“)

8. Now click ‘Start‘ button and the flashing process will start on your phone, and this will take some time. When you see the ‘Pass‘ in Green Color on Odin screen. That means the firmware is successfully flashed.

That’s It. Now your Galaxy S7 and S7 Edge is running on the Android 7 Nougat. If you have any questions, then comment below.