Recently Google announced that Google launcher is available for all the Android devices which are running on Android 4.1 or higher. We also posted an article about how to install the launcher on the Android device, but most of the Xiaomi Mi3 users are facing problem with the launcher and can’t find the option to set the Google Launcher as their default launcher. Most of the user contacted us how to set them and what are the procedure to set it as the default launcher. So today in this guide we’ll show you to enable Google now launcher on Xiaomi Mi3 smartphone.

The procedure is very simple all you have to install the launcher from Google play store and install on your phone, and after make some changes in settings of your device to enable it. So lets take a look how this works and what are the changes you have to make on your android smartphone. 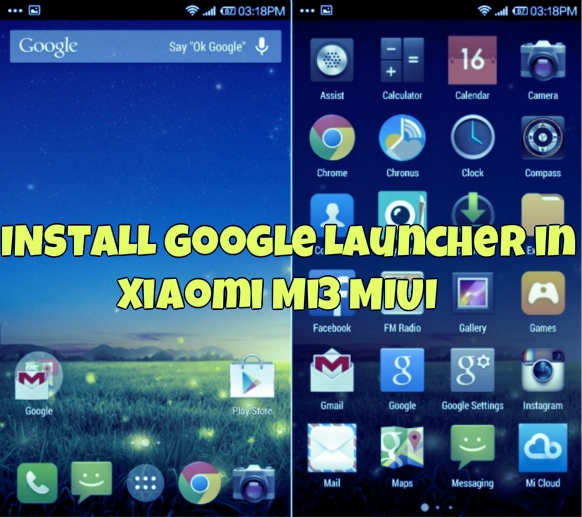 Step 1. Open the Google play store on your Mi3 and Install the Google Now launcher and Google Search App. (Install Both otherwise it will not work). 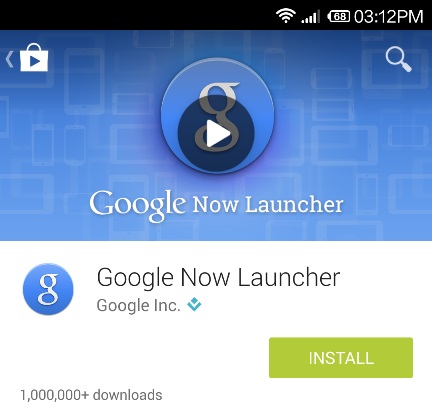 Step 2. Once the Launcher is installed on your phone, you will see the new Google Now launcher icon on your home screen. Click on it to open and it will ask you to clear launcher defaults on your settings page. Click the cancel button here, because this method will now work on Mi3 device.

Step 3. To set the launcher, go to the phone Settings >> Apps. In the app screen you will see the “Default App settings” icons, click on it to open. See the screen shot below:- 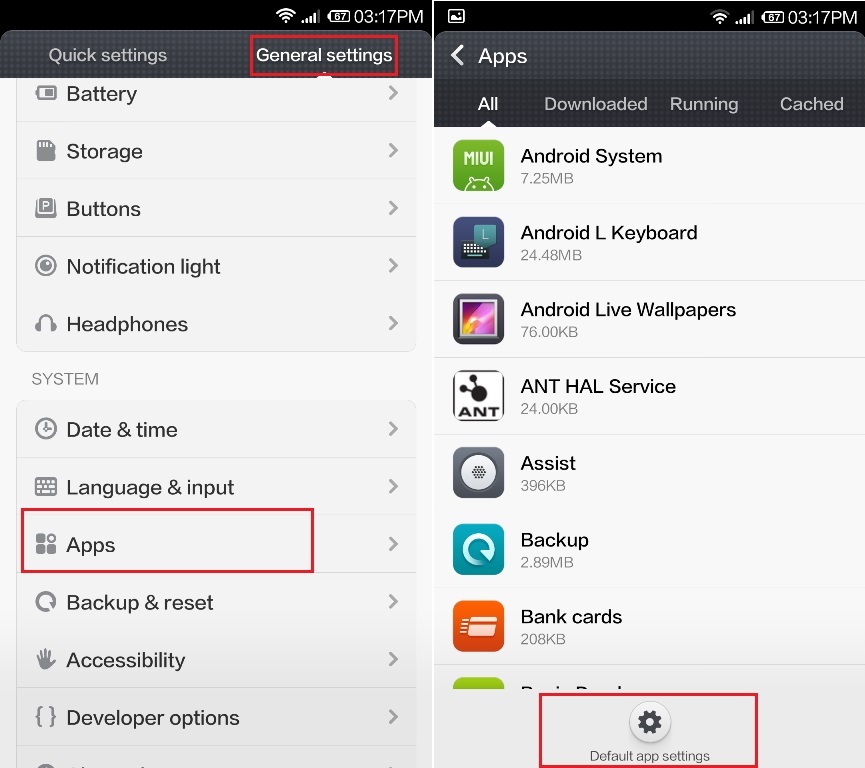 Step 4. Now from the next screen click on the Launcher and select the “Google Search” and hit the Replace button to set it as your default phone launcher. 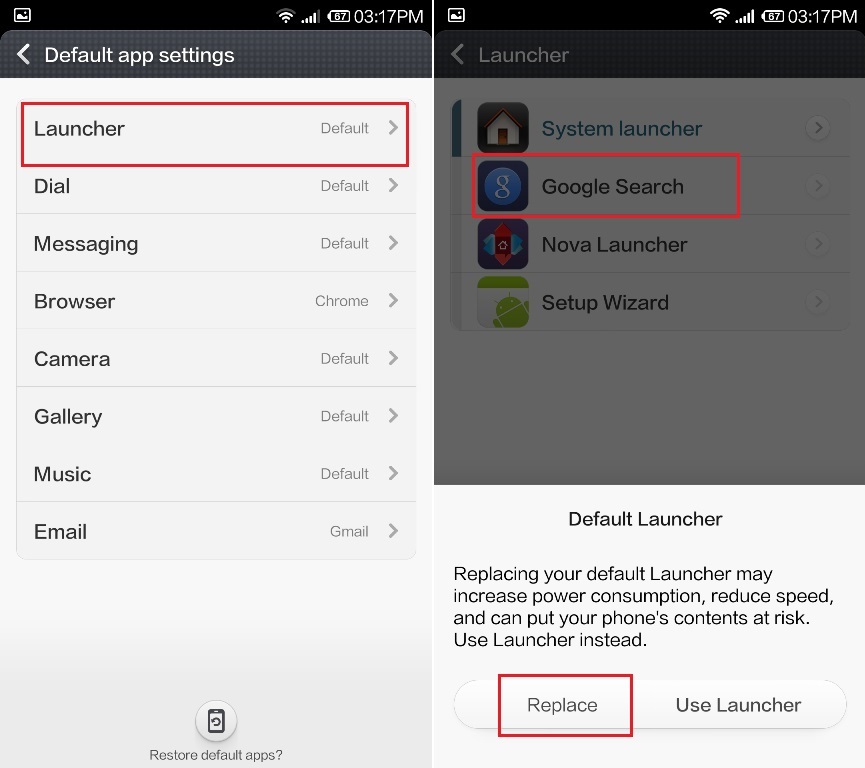 Step 5. Now you will see the Google launcher on your phone screen with new icons. See the screen shot below:- 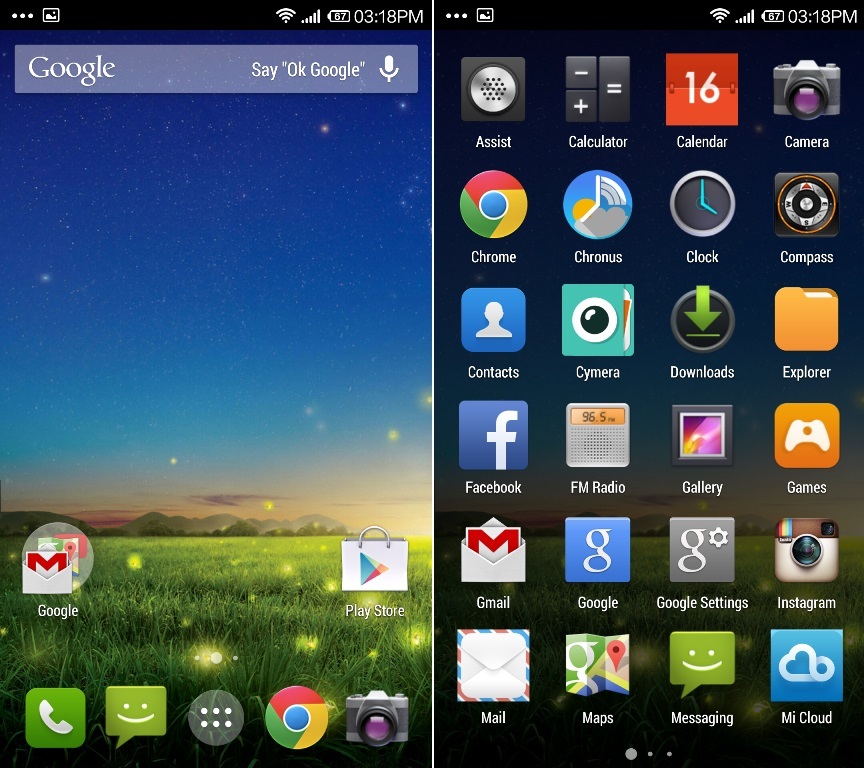