Finally, the Official Xposed for Android Nougat is released. XDA developer rovo89 just released version v88.1 of Xposed Framework which will work on all the Android Nougat phones. So if you have the rooted devices runs on the Android 7.0 or 7.1, then you can install the Xposed framework on your phone. Xposed Framework is one of the best tools for the rooted android phone which allows you to customize your phone and do lots of tweaks on your phone without installing the Custom ROM. 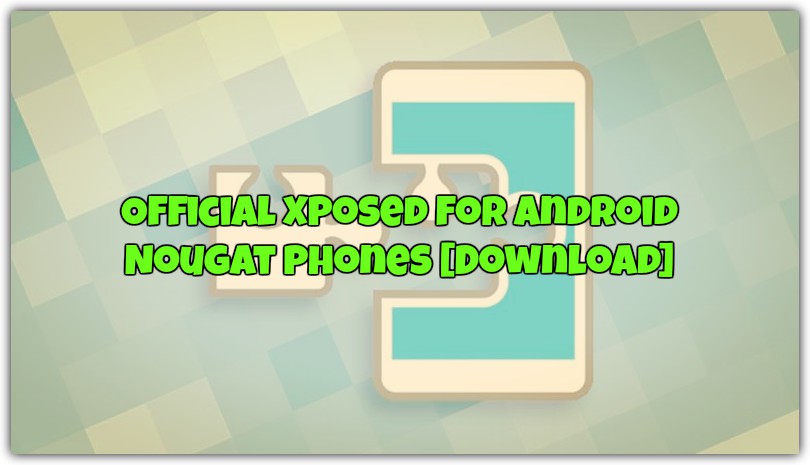 Here in this post, you can download Official Xposed for Android Nougat Phones. And this method will work on any rooted phone which is running on Nougat, Marshmallow or Android Lollipop. And the good new is that Xposed developer rovo89 started working on the Android OREO and very soon android oreo user will also enjoy the xposed framework on their phone. So without wasting your valuable time, lets get started and download Xposed for Android nougat phones.

As we mentioned above to get started all you need a rooted android phone with TWRP recovery. Below are the download links of the Xposed framework which you can download and install Xposed Framework on your Lollipop, Marshmallow and Nougat phones.

First, you need to download the Xposed Zip file and install the same with the help of TWRP recovery. You can check out our previous guide here, How to Install Xposed Framework on Rooted Android Phones.

Once the Zip file is successfully installed on your phone. Then you need to install the Xposed Installer Apk file on your phone. And you are done, after that, you can enjoy lost of Xposed Modules form the Xposed Framework application and do lots of customization and tweaks on your android phone.